Create an Account - Increase your productivity, customize your experience, and engage in information you care about.

The Map below shows the proposed CRTS. The lines on this map indicate trail desire lines: areas where non‐motorized trails or paths are desired for recreation and/or non‐motorized transportation. They do not indicate exact future trail alignments. Trail alignments will be determined through phased planning and design processes that will involve public input. These trail desire lines indicate the major trail corridors that form the planned hard surface loop system. It is intended that, where feasible, a variety of shorter looped trails will be developed that lead from the main trail at recreational nodes that are available to the public, such as at Magee Park. These shorter loops are not shown on the map and will only be added when feasible. 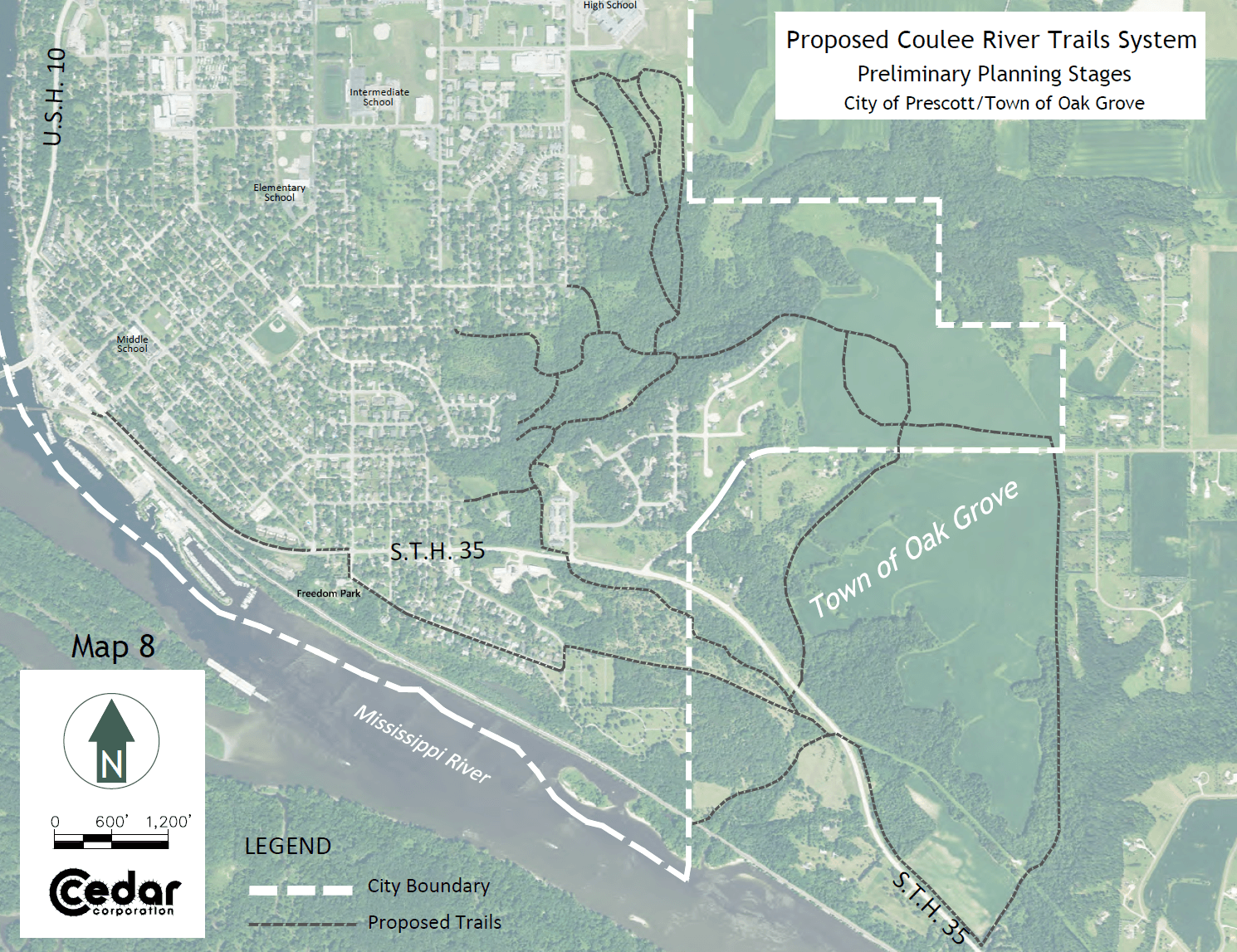